Home > Events > Ellen’s Picks – Week of January 24 and beyond

Ellen’s Picks – Week of January 24 and beyond 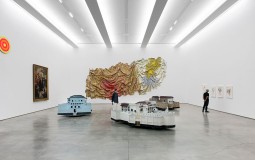 Frank Serpico – (2017) — In the 1970s, one man stood up to the entire New York City police force.  Hailed as a hero, hated by others, officer Frank Serpico made headlines when he blew the whistle on a culture of corruption in the department.  His one-man crusade for police reform inspired the Al Pacino classic that bears his name, but the real saga is as gripping as anything Hollywood could dream up.  Now, Serpico tells his story in his own words.  Featuring music by Jack White and interviews with Serpico’s associates and admirers, this is an inspiring, all-access portrait of a courageous man who refused to betray his ideals.

Children of Paradise – (1945) – Widely considered one of the greatest French films of all time, this nimble depiction of 19th-century Paris’s theatrical demimonde, filmed during World War II, follows a mysterious woman loved by four different men: an actor, a criminal, a count, and, most poignantly, a mime (Jean-Louis Barrault, in a longing-suffused performance for the ages)…..Thanks to a new restoration, this iconic classic looks and sounds richer and more detailed than ever.  In French with subtitles

Bombshell: The Hedy Lamarr Story – (2017) – What does the most ravishing actress of the 1930s and 40s have in common with an inventor whose concepts were the basis of cell phone and Bluetooth technology?  They are both Hedy Lamarr, the glamour icon and technological trailblazer who perfected a radio system to throw Nazi torpedoes off course.  From Hedy’s beginnings as a Jewish émigré, to her scandalous nude scene in the 1933 film, Ecstasy, to her ground-breaking and uncredited inventions, to her latter years as a recluse, Bombshell tells the story of a woman spurned as too beautiful to be smart who is a role model to this day.

Lady Bird – (2017) – “Greta Gerwig reveals herself to be a bold new cinematic voice with her directorial debut, excavating both the humor and pathos in the turbulent bond between a mother and her teenage daughter.  Christine “Lady Bird” McPherson…fights against , but is exactly like, her wildly loving, deeply opinionated, and strong-willed mom, a nurse working tirelessly to keep her family afloat after Lady Bird’s father loses his job.  Set in Sacramento, CA in 2002, amid a rapidly shifting American economic landscape, Lady Bird is an affecting look at the relationships that shape us, the beliefs that define us, and the unmatched beauty of a place called home.”

On the Beach at Night Alone – Art imitates life in this quietly devastating masterpiece from Hong Sangsoo.  Kim Minhee (The Handmaiden), in the role that won her the Silver Bear for best actress in  Berlin, plays Younghee, an actress reeling in the aftermath of an affair with a married director.  She visits Hamburg then returns to Korea, but as she meets with friends and has her fair share to drink, confessions emerge.  In English, Korean, and German with subtitles.

The Other Side of Hope – This wry, melancholic comedy, a response to the current refugee crisis, follows two people searching for a place to call home.  Displaced Syrian Khaled lands in Helsinki, while middle-aged salesman Wikstrom buys an unprofitable seafood restaurant.  After Khaled is denied asylum he decides not to return to Aleppo and the paths of the two men cross.  The film is “a bittersweet tale of human kindness in the face of indifference.”  In English, Finnish, and Arabic with subtitles

Shadowman – In the 1980s, Richard Hambleton was the Shadowman, a specter in the night who painted hundreds of startling silhouettes on the walls of lower Manhattan and, along with Keith Haring and Jean-Michel Basquiat, sparked the street art movement.  After drug addiction and homelessness sent him spinning out of the art scene for 20 years, the Shadowman gets a second chance, but will he take it?

On the Fly Story Slam:  Starting Over – This past Tuesday, “Starting Over” was both the theme and the reality of this popular, monthly storytelling event.  News is that On the Fly is joining forces with the Helsinki Open Mic series which takes place every Tuesday night.  On the Fly will be a monthly event, and will take place on the third Tuesday of every month ahead of the Helsinki Hudson Open Mic.  Story Slam’s sign-up starts at 5:30 pm and the slam begins at 6 pm – On slam nights, Open Mic begins once the story slam concludes.  On the Fly Story Slam is a Moth style event where storytellers are given five minutes to tell a story based on personal experience relating to a specific theme.  Produced by Christina Thyssen and Debra Gitterman, On the Fly welcomes local storytellers and those who love stories to participate by telling a story, volunteering to judge, or simply by enjoying the events.  Storytellers are selected at random from those who sign up on the night of the story slam. – For more information, follow On The Fly Storyslam on Facebook at https://www.facebook.com/ontheflystoryslam/ and Instagram #ontheflystoryslam. – Sign-up at 5:30 pm; Performance at 6 pm – Club Helsinki, 405 Columbia Street – On the Fly Storyslam will be back on Tuesday, February 20 for its next joint program with the Open Mic.

HWM Free Tasting –In-store wine tasting with Maria Clark from Polaner – She will be pouring wines from around the world, including winter reds and a fresh, energetic Italian white – Information at 518-828-6411 – 5 to 7 pm – Hudson Wine Merchants, 341 Warren Street

The DuPont Brothers and The Sea The Sea – Two of the most gorgeous harmony duos around – – Information and tickets at helsinkihudson.com or call 518-828-4800 – 9 pm – Club Helsinki, 405 Columbia Street

Opening week of Ghent Playhouse’s production of Joe DiPietro’s  Clever Little Lies, “a contemporary adult play that sheds a comedic light on the secret corners of marriage, relationships and family” — Reservations and information at 518-392-6264 or www.ghentplayhouse.org – Runs through February 4 – Fri at 8 pm, Sat at 2 pm & 8 pm, and Sun at 2 pm  – Ghent Playhouse, 6 Town Hall Place, off Route 66, Ghent

Talking Sen$e About a Sustainable Future – A panel discussion sponsored by the Columbia County Chapter of the Citizens’ Climate Lobby/Citizens’ Climate Education– The Keynote Speaker will be  David Levine, co-founder and CEO of the American Sustainable Business Council – Panel Moderator is Karen Frishkoff from the Columbia County Chapter of the Citizens’ Climate Lobby; Panelists include Mark Dunlea, Chairperson, Green Education and Legal Fund; Sara Hsu, Associate Professor of Economics at SUNY New Paltz, and main contributor to the NYS carbon tax proposal; Rabbi Glenn Jacob, Executor Director, NY Interfaith Power and Light; Michael O’Hara, Past Alderman, City of Hudson Common Council and volunteer with the Citizens’ Climate Lobby. – Among questions the panel might consider are:  How might solving the climate crisis affect our economy? What does “pricing carbon” mean? If prices go up, what happens to small businesses and consumers?  What about the poor? and What can New York State do on its own? – Information at 518-672-7901 – 3 to 5 pm – Hudson Area Library, 51 North Fifth Street (corner of State Street)

* Bridges Past and Present: Crossing the Hudson River – By artist Otto Miranda  – Sixty-three watercolors of bridges from the 1800’s to the present that pass over the Hudson River from New York City to the river’s beginning in the Adirondack Mountains at Lake Henderson’s Tear of the Clouds – The bridges represented include vehicle, railroad, pedestrian bridges, and even a troop bridge.   The exhibit is open for viewing during library open hours and is on view through February 28.  School groups are also invited to view this important local interest exhibition for discussions on history, engineering and art – Information at hudsonarealibrary.org or call 518-828-1792, x 101 – Hudson Area Library, 51 North Fifth Street (corner of State Street)

* Sanford R. Gifford  In The Catskills – Explores the work of the Hudson River School artist, Sanford R. Gifford – Curated by Kevin J. Avery, Senior Research Scholar at The Metropolitan Museum of Art. The exhibition is accompanied by a fully illustrated catalogue.  It explores the artist’s creative process and for the first time brings the original paintings to a venue just a few miles from the sites that inspired them. – Information at http://thomascole.org/events/ – New Studio Gallery, Thomas Cole National Historic Site, 218 Spring Street, Catskill

* The Coffins of Paa Joe and the Pursuit of Happiness at Jack Shainman Gallery / The School – , Two inter-related shows at the gallery’s Chelsea location and The School, located in Kinderhook. –“ Serving as the centerpiece of the large-scale exhibition, The Gold Coast Slave Castles of Paa Joe honor the Ghanaian legacy of  abebuu adekai, or fantasy coffins. The ornate sarcophagi celebrate death and the afterlife, sculpted in the form of objects representative of the deceased and their interests….” –– On view through February 24, 2018 – Information at [email protected] – Open Saturdays from 11 am to 6 pm – The School, 25 Broad Street, Kinderhook

* Transcendent Functionalism – An exhibition featuring designers and artists who take design as a point of departure, appropriating and personalizing the forms of furniture, garments, graphics, and other useful things – Works by some 15 artists, plus objects from the Shaker Museum || Mount Lebanon – On view through January 28, 2018 – Information at 518-828-6680 or by email to [email protected]  – Jeff Bailey Gallery, 127 Warren Street

* Katrina Hude: Harmonic Cognizance – The artist says: “Pattern studies and visual arrangements are my sanctuary.  The investigation of harmony in pattern is the study of nature and of our sentient needs.” – The exhibition is on view through March 25, except for the month of February when the gallery is closed – Information at thompsongirouxgallery.com  or call 518-392-3336 – Thompson Giroux Gallery, 57 Main Street, Chatham 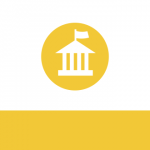 The town supervisor briefed the public on the election sign thefts and the investigation into the incidents. Councilman Paterson, speaking also as the Republican Party committee chair, strongly condemned the actions and supported all Gallatin residents' rights to display support for their political candidates. This was echoed by the Democratic committee chair in the audience. … END_OF_DOCUMENT_TOKEN_TO_BE_REPLACED 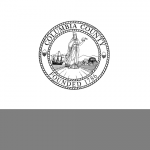 The Columbia County Department of Health has released its numbers for today. Since yesterday, there has been one new case of COVID-19 and no new recoveries, increasing the number of active cases by one to five. As was the case yesterday, one person is hospitalized with the virus. The number of county residents in mandatory quarantine is one fewer today than yesterday, but the … END_OF_DOCUMENT_TOKEN_TO_BE_REPLACED 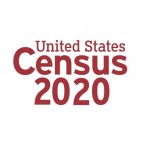 As of September 21, 2020, Gallatin has a 48.1% response rate for the 2020 US Census, and the system will stop collecting data on September 30, 2020. You have nothing to lose and everything to gain by completing the US Census.  The benefits of an accurate population count for our town, county, school and fire districts include: Increased share of Federal and State tax … END_OF_DOCUMENT_TOKEN_TO_BE_REPLACED

CHAIRMAN’S PRESS RELEASE TESTING NUMBERS REMAIN STABLE On Monday, Columbia County Department of Health Director Jack Mabb reported that 30,960 county residents have been tested for COVID-19 since the beginning of the pandemic in March. Of that number, 13,397 are nonduplicate tests. “One way of looking at these numbers is that one in five county residents have been … END_OF_DOCUMENT_TOKEN_TO_BE_REPLACED

The September Gallatin Town Board Meeting will be September 22, 2020 at 6:30 PM. This will be a virtual and limited in person meeting to maintain social distancing. Please contact the Town Clerk  [email protected] - 518-398-7519 for an invitation to the zoom meeting or to reserve a seat. 09-2020 September Town Board Agenda 2021 Gallatin Highway Budget Worksheet … END_OF_DOCUMENT_TOKEN_TO_BE_REPLACED